In conversation with… ALEX GROVES, Composer-in-Residence at Handel & Hendrix

What is a traditional working day like for you?

Every day is different! Some days I run workshops with school groups who are visiting the museum and other days I spend at a desk composing music. I compose acoustic and electronic music with a meditative tone.

As a freelancer, my schedule is busy but flexible, so it’s really important to have a routine. If I’m spending the day on my own composing, I make sure I’ve got something social happening in the evening, even if it’s just going to the cinema or having dinner at a friend’s house. When you’re working on your own, it’s important to remember to switch off.

What is your favourite object in the museum?

I love the two bedrooms in the house. They remind you that, when it comes down to it, Georg Handel and Jimi Hendrix were normal people who lived and slept in these rooms. I really like the mundanity of it. When I go into Jimi Hendrix’s bedroom, I still get shivers because I can sense his presence. One of the great things about the museum is that if you come for one of the artists, you get to discover the other one. It really opens visitor’s eyes to these musicians and their history.

One of my favourite things about running workshops is that I get to draw connections between music from across different time periods. It’s really exciting to show people how musical ideas are intergenerational. There are similarities between the music of Handel and Hendrix, even if it might not seem obvious at first. People are often surprised to learn that Handel borrowed a lot from himself, he used a lot of the same musical ideas across his work. It’s amazing how creative and efficient he was in his approach to composition – almost like a businessman.

What do you love about working in Mayfair?

I feel like Mayfair its an area that often gets overlooked. It’s right in the middle of London and close to some of London’s busiest streets but when you wander round, you soon realise there are some beautiful alleyways and streets that are so quiet, they feel undiscovered. Mayfair is surprisingly serene!

Where is your favourite place to have lunch?

I’m a packed lunch kinda guy. I love sitting in the park at lunchtime (when it’s warm enough). I wander along to Berkeley Square or Grosvenor Square and soak up the greenery.

If you had a day to spend exploring Mayfair, what would you do?

I’d definitely go and visit the Royal Academy of Arts. I take a lot of inspiration from visual arts in my musical work. If you listen to too much music while you’re composing, you can end up being influenced by what you’ve heard, but visual art is different. There are so many galleries in Mayfair, I’d like to spend the day wandering around and visiting every single one.

Alex’s composition Curved Form, Number 4 is performed as part of Daylight Music at Union Chapel on 31st March at 12pm. 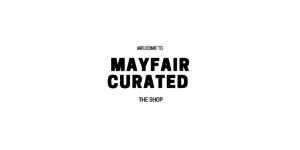 Throwback to dining out. This Tuna Tartare is IT. Until we meet again, Isabel. #mayfair #mayfairtine… https://t.co/BFFslIFonN
Reply Retweet Favorite